Lately, there have been thousands of mixed-breed dogs around the world. Yet, only one mixed-breed dog is easy to train, extremely family-friendly, and one-half American - the American Bulldog Golden Retriever mix!

You may know it as a Golden Bulldog, but the full name of this dog breed is Golden Retriever Bulldog Mix. Both the Golden Retriever and the American Bulldog look quite different. Hence, every time you mix them, you will get a unique-looking puppy.

So, if you love these two well-known dog breeds, a Golden Retriever Bulldog Mix is the perfect pup for you! Among other things, it combines all of their excellent traits into one.

Let’s take a look at some characteristics of the Golden Retriever Bulldog.

As we mentioned earlier, the parents of this mixed breed are the American Bulldog and the Golden Retriever. So, to know how a mixed-breed puppy will act, look, and how healthy it will be, you need to do a little research about its parents.

The purebred Golden Retriever is an English dog that originated in the 19th century in Scotland. Usually, the Golden Retriever breed is a medium-sized dog, but in reality, the size depends on gender.

Female retrievers are often around 10 pounds lighter and 3 inches smaller than males; they are about 70 pounds and 25 inches tall.

The unique thing that separates a Golden from other dog breeds is the double coat. The golden, dense coat helps it obtain optimal body temperature. However, one disadvantage of that beautiful coat is that it sheds a lot.

They are great swimmers and require quiet exercise to burn energy. The Golden Retrievers are the ultimate family dogs; they are compassionate, loving, and loyal to their owners.

Meanwhile, the American Bulldog is a very muscular and serious-looking dog. Because it was bred to chase down other animals, it is a speedy runner and an excellent jumper.

An American Bulldog can jump up to six feet into the air! That is amazing, considering that their weight can vary between 65 and 125 pounds.

If you don’t mind the seriousness on their face, you will quickly realize that the Bulldogs are very affectionate and protective. They have very high sensitivity levels and connect very well with children.

Although they are easy to train, they require a lot of physical activity throughout the day.

Everything You Need to Know About A Golden Retriever Bulldog Mix

Let’s look at some of the essential things to know about a retriever bulldog mix. 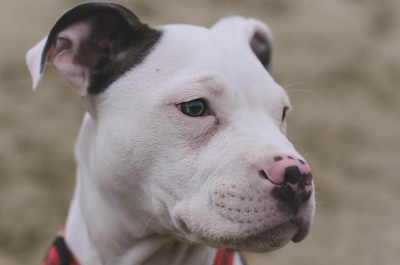 The looks can go both ways; it can inherit the physical characteristics of a Golden, or it can look a lot more like a Bulldog. So there is always a chance for some hybrid look combination.

The physical characteristics of both parents are different, so there is no way of knowing which size Golden Retriever Bulldog Mix you will get.

When we talk about physical features, the wrinkles are the one consistency across every Bulldog. So, there is a high possibility that the Bulldog Retriever Mix will have a wrinkled face. Try keeping the skin dry and clean to avoid any additional wrinkling.

Sadly, the Golden Retriever Bulldog has genes that can carry many health issues. To understand the health issues in question, we will go through its parent breeds problems.

The Bulldog is prone to developing eye and skin irritation problems and chondrodysplasia. The latter is a skeletal structure problem that causes dogs a lot of pain in the spine.

The Golden Retriever has the potential to develop heart problems, pigmentary uveitis, cataracts, and elbow and hip dysplasia. Also, the Golden has around a 65% chance of suffering from cancer.

It would be best to get both parents a health scan to be ready and know the potential health problems your new pup can develop.

There are studies that DO display that mix breed dogs can be genetically healthier too - though the tradeoff is that their behavior may deviate from their parent breeds. [source] 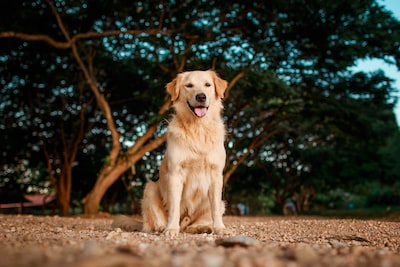 Like with the physical appearance, you cannot be sure of the puppy’s temperament. Still, we can be sure that it will inherit some of the common characteristics and personality features of both parent breeds.

The Golden and the Bulldog share this in common: they are both intelligent, friendly, and patient dogs. So, it is safe to say that Golden Bulldogs will be the same.

Another trait they share is loyalty. Both dog breeds are incredibly loyal to their owners, so you don’t have to be afraid that the pup will not listen to you or run away with strangers.

The mixed breed is always ready to listen, obey orders, and train hard.

A great personality feature is the affection Golden Bulldogs have for children and other pets. They are very gentle, and it is unlikely that these dogs will hurt anyone.

The Golden Bulldog is amongst the dog breeds that are very easy to train. You will not struggle to teach your dog how to obey orders or do tricks. This designer dog breed is very eager to learn new things!

This dog breed’s activeness level depends on the inherited trait. If the pup inherits the exercise of the Golden Retriever, good luck, new dog owners! It is recommended that you give it many activities daily to stay out of trouble.

Still, whatever the dog inherits, it will require at least moderate activity because it is prone to gaining weight very quickly.

The diet of a Golden Bulldog will depend on the parent’s needs. Golden Retrievers are larger and more active dogs; hence they need to eat a lot! So if it takes after the Golden Retriever parent, you will have to prepare a monthly budget for a healthy diet complete with calories.

Meanwhile, the Bulldog is lazy and needs a lot of motivation to get out of the couch. Unfortunately, that means that it doesn’t have much of an appetite.

Our recommendation is to talk to your veterinarian and together decide the perfect diet for your Golden Bulldog mix.

It is always challenging to determine the price of a mixed breed. What you can do in this case is take into account the costs of both parents and try to find a price somewhere in between. 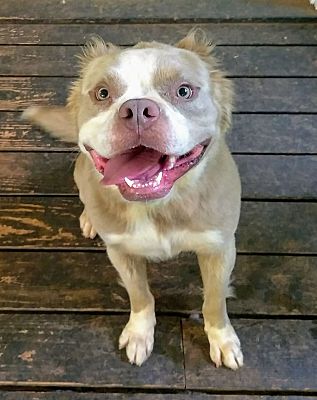 A American Bulldog Golden Retriever Mix is the ultimate friendly, patient, and loyal dog breed. Though it is pretty rare, combining the personality and characteristics of two loving and affectionate dogs is always a good thing!

So, if you want to have the ultimate family companion that is both compassionate and easy to train, get yourself a Golden Retriever Bulldog.

The Play Bow: What It Means and Why Dogs Do It

The Play Bow: What It Means and Why Dogs Do It