Have you ever thought about cross-breeding your two favorite dog breeds and getting yourself a perfect puppy?

If somehow it happens that the two dogs you like the most are the Golden Retriever and the Bulldog, read on to learn more about this mix.

Considering the parent breeds, the Golden Bulldog is expected to have a joyful and loving character with amazing looks.

The designer dog breed combines the physical appearance of two-parent dogs. The reason behind the hybrid is to bring out the best physical characteristics and personality traits of each parent dog.

The Golden bulldog puppy is a mixed breed of a purebred English Bulldog and a purebred Golden retriever.

The Physical Appearance of The Parents

What better way to understand the puppy other than understanding its parents? 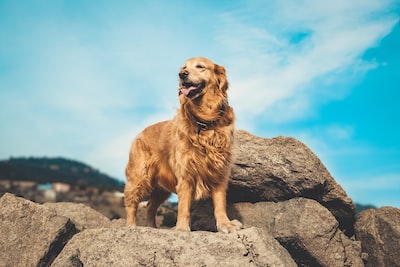 Originally born in Scotland in the 1800s, the Golden Retriever breed is generally a large dog whose height is 23 to around 24 inches. However, the weight varies from 65 to 75 pounds.

The name comes from the golden color of the dense coat the golden has. However, due to its shedding-prone coat, owners should be aware that they will always have to clean up the mess it makes. 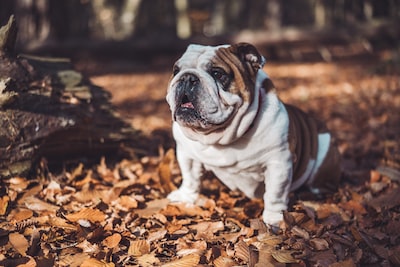 The bulldog parent is a medium-sized dog coming with significant health problems. It is a purebred dog much shorter than the retriever. Its weight ranges from 40 to 50 pounds, and the height they reach is only 14 or 15 inches.

The coat of the English bulldog is smooth and short and can be in different colors with various patterns.

Essentially, the combination of them both.

The physical appearance of the bulldog golden retriever mix can be similar to either parent breed and generally inherit the best of the two.

The golden bulldog mix will have the weight and height of its parents. These are medium-sized dogs weighing from 40 to 75 pounds with a life span of around nine years.

The golden retriever bulldog will probably inherit the wrinkly skin of its English parent, whereas the size of the coat will be either short or medium. The color can be white, golden, tan, or brown, with markings and patterns taken from the bulldog's coat.

What Kind of Behavior Should You Expect?

The bulldog retriever mix is not only an appealing dog who will easily become a favorite family pet but also a great dog with a sweet personality.

Of course, it can inherit the temperament of each of its parents, but having in mind that both of them are friendly, patient, and smart, with proper training, this dog will be the perfect one for you. It is a loving and loyal dog. It is also highly intelligent and can cooperate and play with other pets.

Dog lovers can expect the golden bulldog to be gentle and obedient. These are service dogs, a trait taken from their parents, the golden retrievers.

The Price of The Bulldog Golden Retriever Mix

Since golden retriever bulldog mix is a new dog breed, they cannot be found easily. Still, finding a reputable breeder offering a reasonable price is crucial.

If golden retrievers are sold for around $1000 and the English bulldogs for $2000, you could find a golden bull from $400 to $800. The price depends on the breeder, the paperwork, and the pedigree of the parents. 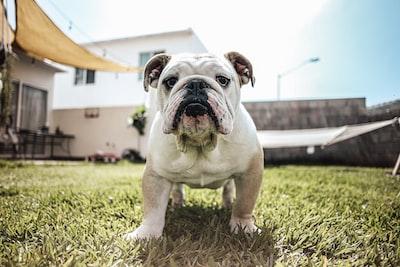 You should take your dog to a licensed veterinarian to avoid serious health issues. Another option would be to consult the Canine health information center.

However, it would be useful to get familiar with the possible health problems. This designer mixed-breed dog is different from others because it may inherit some health issues that its parents had.

Problems may arise, especially due to the bulldog's tendency to have digestive issues and lack of genetic diversity. As a result, it is not uncommon for dog experts to warn you that this breed may not be able to survive and advise you to choose the American bulldog instead.

Their flattened muzzle can cause restrictions on the airflow to the lungs. It can also cause dental issues.

It has a specific bone structure (chondrodysplasia), leading to hip dysplasia. The hip and elbow dysplasia cause pain and make the dog unable to walk. In addition, it leads to joint degeneration.

You should not overlook the somewhat wrinkly skin of the dog, which is prone to eyes and skin infections. Ear infections are also common due to allergies, yeast, or bacteria.

The American kennel club states that this is the third most famous dog breed, but this does not mean it’s disease-free.

The most common problem is hip dysplasia, causing deformed joint and hip socket. Goldens are also on the highest end of the scale when it comes to this disease.

They also suffer from skin conditions because of their long and dense coat. It could be caused by pollen, food, dirt, mud, fleas, or parasites.

Retrievers also suffer from loose knees, low thyroid, and ear infections. In addition, because of their floppy ears, they are prone to many diseases. So do regular grooming and washing to avoid ear infections. 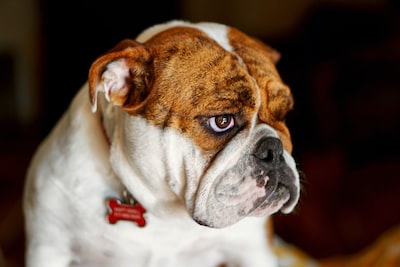 The mix between a Golden Retriever and an English Bulldog is a beautiful hybrid that may offer lots of friendliness and loyalty to its owner. Perfect for families with kids, these breeds inherit the best characteristics of both their parents.

Not very expensive, yet quite intelligent and cheerful, this dog is the perfect choice for someone who wants a lifelong partner. The Golden Bulldog is the patient puppy you need to lighten your world daily.

How to Crate Train a Dog

How to Crate Train a Dog

Why do dogs sleep so much?

Why do dogs sleep so much?