Did you ever dream about owning the most intelligent and cutest dog on the planet? Well, know you can - introducing the Pomeranian Collie Mix!

The Pomeranian Collie Mix is a mixed breed puppy out of a Border Collie and a Pomeranian. This mix breed is known as Border Pom and Borderanian. This new designer dog is the most outgoing, charming, and loving companion, whatever you decide to call it!

Although the American Kennel Club does not recognize it, this new dog breed is trendy amongst Americans.

What is A Designer Dog?

A designer dog is often referred to as a hybrid dog. While the term ‘hybrid’ actually means a genetic crossing of two different animals, a designer dog is a dog born from controlled and technical crossbreeding between two purebreds.

So, a designer dog is a child of purebred dogs. The name ‘designer’ was invented due to the significant interest from celebrities in hybrid puppies.

The difference between a ‘mutt’ and a hybrid is that the hybrid was deliberately crossed between two purebreds.

While cross-breeding was around for thousands of years, this designer dog trend reached its peak in the final years of the 20th century.

This trend started in the first place to mix the positive attributes of pedigree dogs and develop new breeds that are hypoallergenic, family-friendly, and adorable.

The Controversy of Crossbreeding

Many people feel that crossbreeding of first-generation dogs is a bit controversial. The advocates for purebred dogs are strict against this type of mix.

Crossbreeding can go in two ways; the pup will either be healthier or prone to inherit health diseases from both parents.

The worst case would also that the cross-bred dog would inherit the mental traits of their parent breeds as well - such as innate aggression that could be made worse in a neglectful environment. [source]

Ultimately, the scientists claim that crossbred dogs have better health outcomes than purebred ones. When a hybrid is created, the gene pool is more divergent. [source] 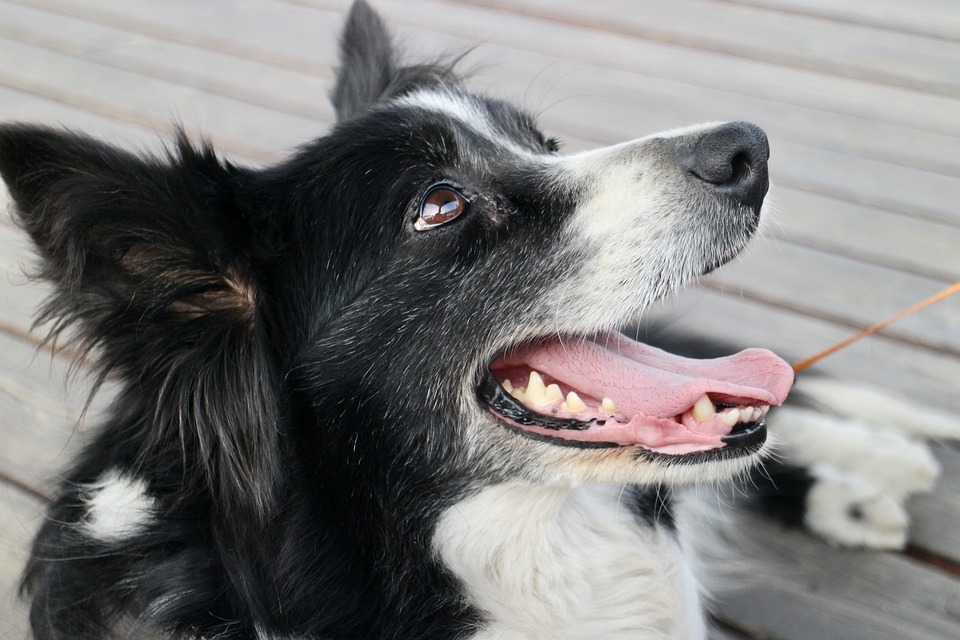 How to Make Sure You’ll Get A Healthy Dog?

This is the only way to check if the dogs are raised in a proper environment and with the right nutrition.

You need to ask many questions and feel free to do health scans on both the Border Collie and the Pomeranian. If your breeder is honest, it would not be hard to convince him to answer all of your requests.

The ancestor of the Border Collie is a very popular dog breed from North Wales, called Old Hemp. On the other hand, the Pomeranian’s ancestor is the German Spitz, who originates from a province between Poland and Germany.

Because both parent breeds have double coats, it is only natural that the Pomeranian Border Collie Mix will have one, too. Each one of the coats has a short undercoat; the top layer is coarse and stands out.

Though the Border Collie Pomeranian Mix variations can be unpredictable, it is almost sure that this breed will have a double coat requiring regular brushing appointments.

The coat can be in many different color combinations such as black and white, sable and white, lilac and white, striking merle, etc.

The one thing that is different about Pomeranians than Border Collies is the size.

Therefore, it is expected that the Collie Pomeranian mix size will be either a toy size or medium-size.

Due to the parents’ physical appearance, the estimated height of a Border Collie Pomeranian Mix would be around 15 inches and approximately 20 pounds.

These dogs like to be among people; they are highly loyal and get easily offended if you choose to ignore them.

Both parent breeds are active and agile pups. Hence, the Border Collie Pomeranian is a very energetic and sporty dog.

One thing to think about is the ‘small dog syndrome.’ This syndrome is widespread across the Pomeranian breed, which means they do not get along well with larger dogs.

However, if you socialize it from a young age, it will learn how to get along with children and other pets.

The Border Collie Pomeranian Mix is altogether a healthy pup. Still, every hybrid dog has the genetic markers for either of its parent’s diseases.

Yet, most dogs of the Border Collie purebred live a happy and healthy life of around 14 years.

On the contrary, the Pomeranian usually lives up to 11 years.

Some of the health problems of the Pomeranian breed are Luxating Patellas, Alopecia, Collapsing Tracheas, and Hypothyroidism.

Ensure you feed your high-quality puppy foods that do not suppress cheap fillers in the diet.

As the Border Collie Pomeranian Mix gets older, you should change the holistic dog food to be age-appropriate. However, you should never switch to cheap commercial dog food.

The Border Collie Pomeranian Mix is a very active, energetic, and sturdy pup. The mixed-breed dog needs at least 45 minutes of daily physical activity, such as jogging or hiking.

Also, the Border Collie Pomeranian Mix is an attention-seeker who needs your love and dedication to stay happy.

These pups are brilliant and positively respond to all training techniques, especially while young. The Pomeranian mix puppy is a swift learner.

If you feel like your Collie Pomeranian Mix is swift and large enough, why not train them to compete in agility courses too? You might be surprised at the results!

Because of their great personalities and cute looks, the Border Collie Pomeranian Mix is a rare dog breed.

If you want to own a Collie Pomeranian mix puppy, you need to find a good breeder or adopt one of the many abandoned puppies in the shelters.

The prices for new designer dogs of this breed are between $600 and $800. Either way, you cannot go wrong because these little doggies are intelligent, loyal, and affectionate family companions.