Made famous by the meme "doge" and its subsequent appearances in memes and funny dog posts, the Shiba Inu is now not only and internet sensation.

It's also fast becoming one of the most beloved creatures on the planet.

Plus point: There are a variety off colors, from the shiba inu black, to the white one, and every other color in-between.

Add a larger-than-life personality, you'll never be bored them in your home.

The Shiba Inu is a small-to-medium size breed of dog indigenous to Japan.

This cute little furballs with prick ears and charming eyes, the Shiba Inu breed is the smallest and most ancient of six distinct Spitz breeds native to Japan.

The breed is characterized by its agile and alert nature, moving quickly and effortlessly like a small athlete.

Adapted to flourish in mountainous terrains, the Shiba Inu dog is a perfect partner to take on hiking trails.

Celebrated for its bold and enthusiastic personality, these dogs were historically bred for hunting purposes.

With a hunting lineage, this small-sized dog requires regular exercise. If you have a house with a yard with enough space to roam around, this breed can be perfect for you.

The following paragraphs provide more details about the breed for those of you planning to bring a Shiba Inu puppy home.

This keen and sharp breed of dog is often confused with other Japanese dog breeds like Ankita Inu and Hokkaido.

It is important to note that Shiba Inu is not just different from these dog breeds in temperament and size, but also has a distinct bloodline.

While its playful attitude and eccentric personality make it uniquely attractive, it's also a challenge to train this breed. The Shiba Inu is a freethinking breed of dog.

You need to ensure that this free-spirited personality is embraced, not suppressed.

While all this can be easily managed at home, consulting an expert (a dog trainer) might be necessary in rare cases.

Proper canine training from an early age will easily ensure circumventing this issue.

Once you conquer this small hurdle, the Shiba Inu will be a perfect companion.

A well-built frame, strong muscles, and a compact body, these small-to-medium sized dogs have a thick double-coated fur.

The soft and thick inner fur with a stiff and straight outer coating gives the Shiba Inu a teddy bear look.

The Shiba Inu coat has a variety of colors. There is the signature orange-red fur, which is most common.

This is followed by sesame and yellow Shiba Inus.

There are even certain varieties of black tanned Shiba Inu accepted by almost all kennel clubs, aka the Shiba Inu Black.

There are even white Shiba Inu or cream Shiba Inu, but this color is considered a major fault. They are also known as the Shiba Inu white variants. 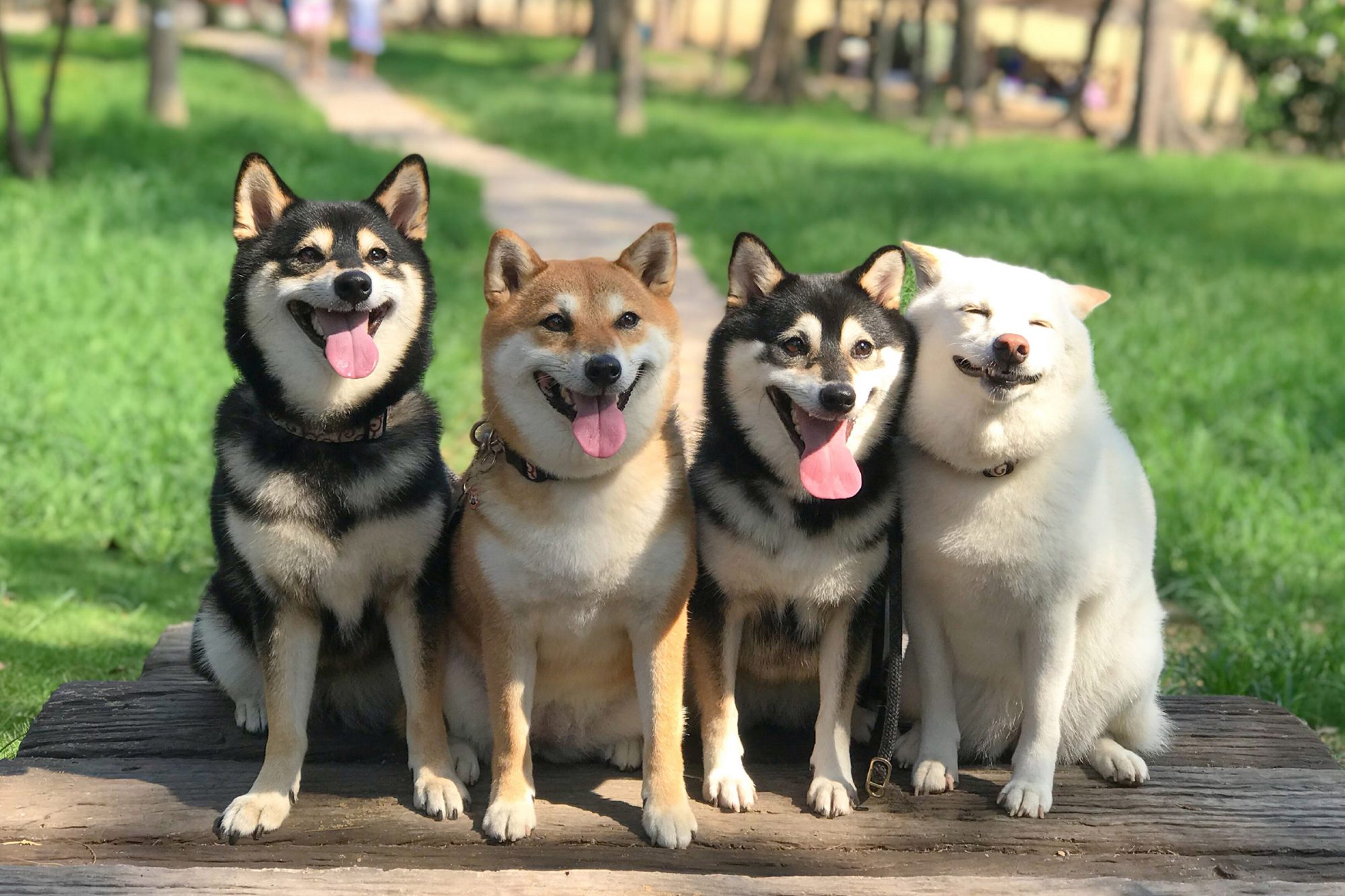 The emergence of the Shiba Inu breed goes as back as the 19th century.

Identified as a basal breed (dogs bred for a specific purpose), this breed originated in Japan along with other Japanese breeds like Akita, Hokkaido, Shikoku, Kai Dog, and Kishu.

Originally bred for hunting purposes, this small and agile breed is officially the national dog breed of Japan.

The modern Shiba Inu breed, a result of years of selective breeding and protection, was also declared a national treasure in 1936 through the Cultural Properties Act.

There are multiple theories about how the breed got its name of which three are most popular.

According to the first, the word "Shiba" means brushwood, attributing the name to the brushwood bushes where they used to hunt.

The second theory is based on the signature red coat of the Shiba Inu, which is the same as the color of brushwood leaves during autumn.

The third is based on an ancient translation of the word "Shiba" meaning small. Even popular as a bread loaf.

World War II was a disastrous time for the Shiba, with bombing raids killing thousands of dogs.

It was a critical period for the survival of this subspecies.

While most of the dogs succumbed to bombings, those remaining vanished due to the post-war distemper epidemic. In an attempt to help the breed survive, Shibas were brought in from some of the remotest parts of the country.

The government, with the help of local people, initiated several breeding programs to save the Shibas. All the subsequent dogs were bred form only three remaining bloodlines.

Fortunately, the remaining population was successfully interbred to produce the modern Shiba population.

Interestingly, the Shiba Inu was a result of an overall combination of all the three bloodlines. This is the reason the present-day Shiba Inu incorporates characteristics of all its three ancestors.

Nihon Ken Hozonkai, commonly known as Nippo, is credited for the preservation of all six native breeds of Japan.

He also drafted the Nippo standards, a set of breed standards for the Shiba Inu, adopted by the Japanese Kennel Club.

Today, the Shiba Inu is a popular dog breed not only in Japan but also abroad.

An American service family can be credited to initiate this popularity. In 1954, they brought the first Shiba Inu to the United States.

The American Kennel Club recognized the breed in 1992.

The Shiba Inu temperament is simple: a free-spirited, intelligent, and alert dog.

A properly-trained Shiba Inu tends to remain calm and well-mannered at all times.

The breed also tends to be protective of its possessions and guard its food, toys, and territory. For the same reason, it generally does not do well in the presence of other dogs.

These dogs can often be spotted chasing small animals and insects, another classic personality trait that can be attributed to its hunting instincts.

This breed is also very smart and yet inconvenient to train. Its intelligence combined with a freethinking nature tends to pose a challenge while training it.

Unlike other intelligent breeds, like the Golden Retrievers, they will react differently to positive reinforcements.

There will be phases when a Shiba Inu will respond positively while others where it will lose interest very quickly.

Make sure to meet at least one of the Shiba parents before bringing home a puppy. Temperament is a compound of hereditary traits and socialization.

It is important to not only train a puppy from an early stage but also carefully choose one.

To have proper Shiba Inu training, the same 5 golden rules apply to this breed as much as any other. After all, they may behave differently, but they're all dogs at heart, who love to play and be loved by their owners.

There's debate as to whether you own Shiba Inus, or if they own you, though....

Dog Training as a Career

Dog Training as a Career